What We Can All Learn From the King of COVID Misinformation 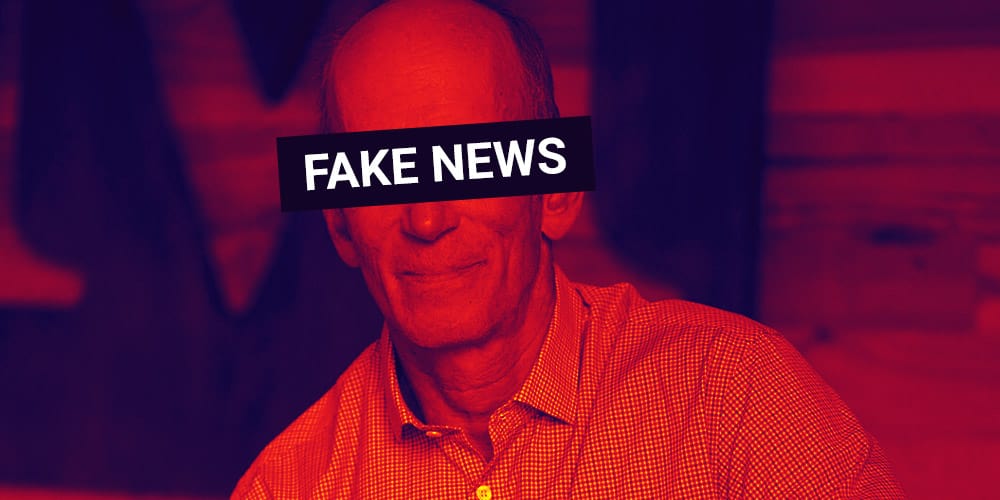 Joseph Mercola is, to put it mildly, not a good person.

The 67-year-old osteopathic physician from Florida was recently dubbed the “Most Influential Spreader of Coronavirus Misinformation Online” by the New York Times.

And let us be absolutely clear: the results of Dr. Mercola’s tactics are awful. His misinformation campaigns have almost certainly killed people. And he’s made well over $100 million spreading dangerous misinformation while driving people to buy his nutritional supplements.

Dr. Mercola is, quite literally, the worst.

BUT — in the spirit of Sun Tzu’s advice to “know the enemy” — it might be worth taking a look at why the bad doctor’s misinformation campaign was so effective.

So, without further ado, here are 5 factors that make Dr. Mercola’s misinformation empire so terribly effective.

#1 – One Idea Deployed Lots of Places

“To buttress the operation, he set up companies like Mercola.com Health Resources and Mercola Consulting Services. These entities have offices in Florida and the Philippines with teams of employees. Using this infrastructure, Dr. Mercola has seized on news moments to rapidly publish blog posts, newsletters, and videos in nearly a dozen languages to a network of websites and social media.”

When Dr. Mercola has a new piece of dangerous misinformation, he doesn’t just make a single Facebook post and “hope it gains traction” — he deploys it in many different ways across a network of owned media outlets.

“Its assertions were easily disprovable. No matter. Over the next few hours, the article was translated from English into Spanish and Polish.”

Why limit yourself to one language when communicating in more is better? The anti-vaxx movement is a global phenomenon. Even if Dr. COVID-denier knows that Polish readers aren’t going to buy his vitamins, he knows they have the power to amplify his ideas.

So, every idea he creates is translated into multiple languages to gain as much traction as possible.

“And rather than directly stating online that vaccines don’t work, Dr. Mercola’s posts often ask pointed questions about their safety and discuss studies that other doctors have refuted. Facebook and Twitter have allowed some of his posts to remain up with caution labels, and the companies have struggled to create rules to pull down posts that have nuance.”

Have Dr. Mercola’s Vitamin Products Been Responsible for Thousands of Deaths?

Not only does the 2nd headline help the bad doctor get around social media network’s misinformation filters, but it also helps to engage readers.

Bitteridge’s law of headlines may, or may not apply to the above hypothetical.

“As his popularity grew, Dr. Mercola began a cycle. It starts with making unproven and sometimes far-fetched health claims, such as that spring mattresses amplify harmful radiation, and then selling products online — from vitamin supplements to organic yogurt — that he promotes as alternative treatments.”

You’re watching TV late at night. Suddenly, it’s an ad for ADT.  There’s the defenseless homeowner watching television. They look kind of like you. In fact, their living room looks much like yours! And now, there’s a criminal peeping in their windows! THEY LOOK JUST LIKE YOUR WINDOWS! IS THERE A CRIMINAL PEEKING IN YOUR WINDOWS!?

#5 – Why Pick One Platform When You Can Have Them All?

“Dr. Mercola has published over 600 articles on Facebook that cast doubt on Covid-19 vaccines since the pandemic began, reaching a far larger audience than other vaccine skeptics, an analysis by The New York Times found. His claims have been widely echoed on Twitter, Instagram, and YouTube.”

Oh sure, the anti-vaxxer-in-chief lives primarily on Facebook, but he’d be missing a tremendous opportunity by not deploying his message across all the social media.

This is why he pushes his dangerous conspiracy theories to his nearly 300,000 Twitter followers and 400,000 YouTube followers.

Every platform has a unique audience interacting with content in unique ways. And Mercola’s terrible messages no doubt carry further than if he restricted himself to a single one.

What Does It Mean?

First and foremost, it’s worth examining Dr. Mercola’s strategies so that we, as a society, can do a better job of combating misinformation.

Second, it’s worth learning from strategies that can be applied to much more beneficial causes. In fact, we’d be lying if we said we didn’t use at least some of the same techniques when we helped to develop and deploy a local Vaccinate Pasadena campaign.

And I’ll bet we sleep a bit better at night knowing Echo-Factory was able to support Pasadena vaccinating over 90% of its eligible population with at least one dose. Better, at least, than the king of anti-vax misinformation.

If you are looking for a marketing agency to develop a brand strategy to reach audiences ethically, let’s chat. We’ve successfully united brands with audiences for over ten years via lead generation and brand awareness campaigns.