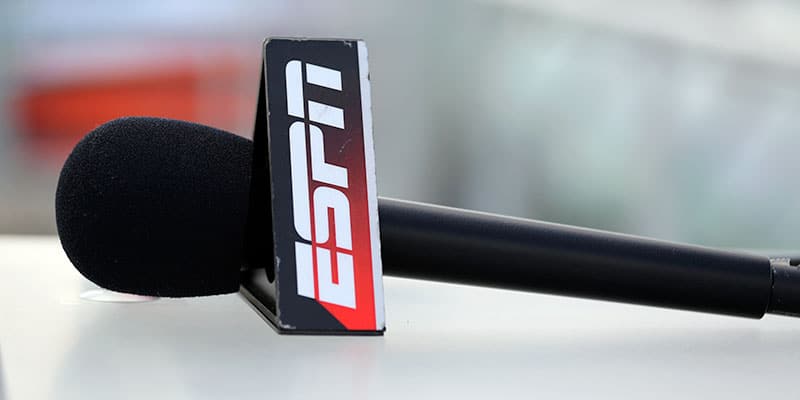 Exploring the very public tumult and downfall of ESPN, a strong and identifiable American brand

Less than 40 years into existence (ESPN went on the air September 7, 1979), the “Worldwide Leader” as it is known, is at a crossroads that will test both its ability to adapt to a new age and the patience of its parent company – Disney.

In April, 2017, ESPN laid off more than 100 employees – the majority of which were highly skilled, qualified journalists and TV talent that sports fans from Boston to San Francisco knew well. This round of very public layoffs came just 18 months after ESPN let approximately 300 employees (off-camera, behind-the-scenes workers) go in October of 2015.

In some ways, the cuts are difficult to understand. ESPN’s flagship program, SportsCenter, is a household name. And sporting events, the network’s bread and butter, are more popular than ever. In 2015, Americans spent a collective 31 billion hours watching sports on TV—up 40% from 10 years ago. The NFL, NBA, and MLB all recently signed record-setting contracts for broadcast rights, buoyed by the popularity of their products. ESPN alone is estimated to pay over $5.5B annually to sporting leagues for broadcast rights.

But, at the same time, ESPN’s subscriber base is down. ESPN’s business model is primarily based on the “carriage fees”   that cable and satellite TV providers pay the network to carry its programming—around $8 per customer per month by the end of this year. And, of course, the beauty (from ESPN’s standpoint) is that, when you sign up for cable or satellite, your carrier doesn’t traditionally ask you, “Do you want to pay an extra $8 per month for ESPN?”   You just get ESPN, whether you want it or not, and that $8 is hidden somewhere in your cable bill.

The problem is, just in the past year, ESPN has lost about 400,000 subscribers per month. So how can sports be more popular than ever while the sports network is hemorrhaging customers? By clinging to an outdated business model and refusing to innovate.

Twenty years ago, ESPN was the place for sports fans. SportsCenter was where you got highlights, and the network’s game broadcasts were often the only place to watch many sports.

Today, the world has changed, and ESPN has been slow to catch up. Hockey fans don’t need ESPN to watch their sport; they can just buy a NHL streaming subscription and catch every game in HD. Fans don’t need to sit through a half hour of SportsCenter, hoping they see their team’s highlights. They can just look them up immediately on their team’s website. Or on a blog about their team. Or on Twitter. Or on Snapchat.

You get my point.

Ten years ago, ESPN was perfectly poised to take advantage of this shift. They had the relationships with sporting leagues, the on-air talent and the technological know-how to become the online destination for sports.

And, instead of innovating, they dug in their heels.

Innovation is hard. Venturing into the unknown is scary. But, as an executive, it’s important you realize that the danger of not innovating is a far, far scarier thing.

When you’re making something like $7B in annual revenue from a soon-to-be outdated business model, dragging your heels is an appealing option. But it’s not the smart option.

Innovation is hard. Venturing into the unknown is scary. But, as an executive, it’s important you realize that the danger of not innovating is a far, far scarier thing.

Major League Baseball’s forward-thinking streaming division has doubled its revenue in the past four years. Heel-dragging ESPN is on track to lose about $3M worth of subscribers every single month of this year.

Innovation is hard, but layoffs are much harder.