What Apple’s “War on Tracking” Means for Advertisers 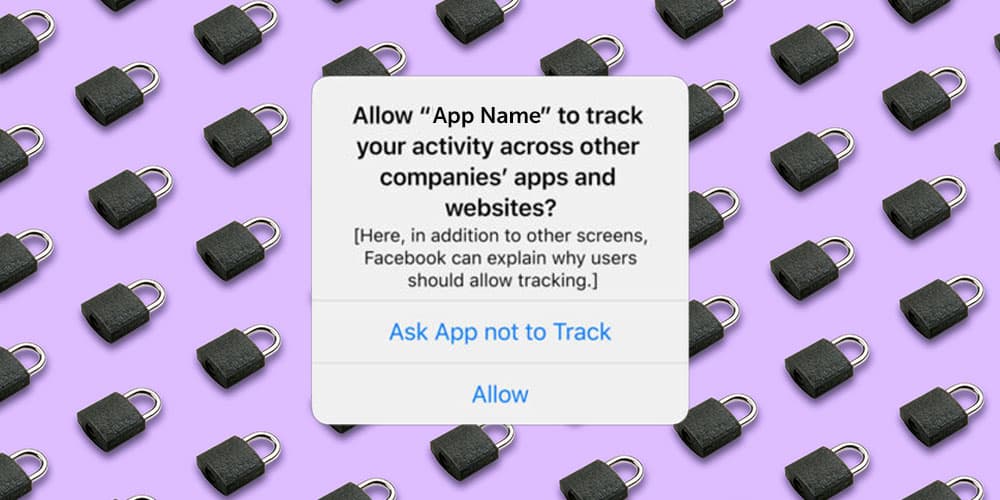 The apocalypse, according to some advertisers and platforms, is nigh.

This particular end-of-the-world-as-we-know-it rode in on two horses.

First, in 2018, Apple updated Safari to limit advertisers’ ability to track users across websites. Then, in June of 2021, the mobile device giant rolled out iOS 14.5, which explicitly required apps to ask if they could track users when they’re using other apps on their device.

As it turns out, the vast majority of users didn’t want to be tracked.

In fact, about 94% of iOS users in the United States have chosen to opt out when they’ve been asked.

What That Does, Really

Without diving too deep into the technology, here’s what that opt-out does for users.

Which apps and websites?

Well, luckily, Facebook lets you look at that data by viewing your off-Facebook activity. (Warning: Even I, an advertiser who uses Facebook’s tools every day and who is generally more careful than average about digital privacy, was a bit taken aback by how much data the platform had on me. You’ve been warned/encouraged.)

Facebook knows, for example, that recently I’d been looking at vacation rentals on Airbnb and VRBO, reading reviews of travel destinations on Condé Nast, booking a hotel via Hyatt and reading reviews on TripAdvisor.

From this data, Facebook could pretty accurately put me in the bucket of “people who are planning a trip,” and depending on how granular that data is, they could probably figure out when and where I’m planning to travel.

Obviously, this data is quite valuable to Facebook and its advertisers. If you run a hotel in Boca Raton, it’s probably pretty valuable to target your ads to people who are looking for a place to stay in Boca Raton. (I’m not, for the record, going to Boca Raton because ew humidity, but let’s imagine.)

But, now that 94% of iOS users are opting out of this tracking, Facebook’s ability to gather this data will be limited.

The Sky Is Falling, or No?

As a representative trend, advertisers should be aware that we’re likely to see less granular data from cross-app tracking than they were in the past.

Well, globally, iOS accounts for about 14.5% of mobile device traffic. Now, because iOS users tend to be , that can have an outsized impact on advertisers, but it’s still just a smallish percentage of the overall market.

Additionally, and more importantly, there are still plenty of non-app opportunities for Facebook and other advertisers to gather data.

Even though I’m among the 94% of iOS 14.5 users who have opted out of letting Facebook track me across other apps, the platform still knew that I’d been using Airbnb because I’d used the Airbnb app (no tracking!) and its website (still lots of tracking).

iOS 14.5 means that advertisers might not get the gigantic trove of user data that they’re used to getting, but they’re still getting plenty of user data.

Of course, it’s also worth remembering that this is just one tool. Sure, it might be convenient for a hotel in Boca Raton to be able to target users who are planning a trip to their area across Facebook’s properties and partners, but it’s not the only way to target those people.

That hypothetical hotel could still place display ads next to articles with exciting Boca Raton facts, like the fact that a dog named Freckles filed for divorce from his owner, citing public humiliation for being forced to defecate outdoors.

Which tells you a little about advertising, and a lot about Boca Raton.

And, while it’s easy to depend too much on platforms with enhanced targeting like Facebook, there are (at last count) approximately four zillion other ways to target users.

So no, the sky is not falling, though there might be some intermittent cloud cover for advertisers who are too wedded to a single way of doing things.

If you need an agency to help you navigate the brave new world of slightly less intrusive ad-tracking opportunities, we’d be happy to help.