The Secret to Our Foreign Product Launch Successes 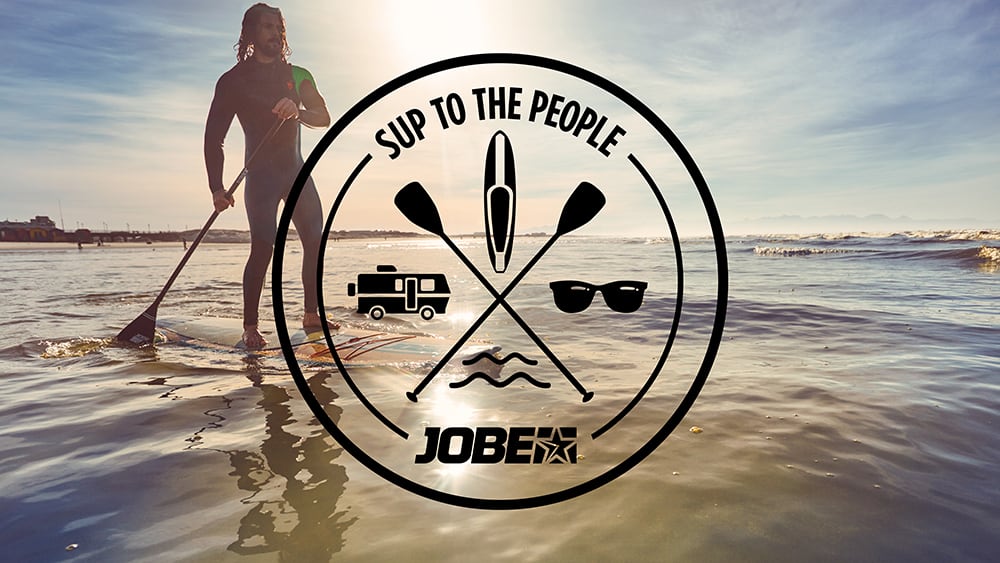 So far, the Echo-Factory team has spearheaded the successful U.S. launch of two Italian motorsports gear companies, Dainese and AGV. Now, we’re well underway with the U.S. product launch for Jobe Sports, a top watersports equipment manufacturer out of the Netherlands. Here’s how we’ve been pulling it off.

The straightforward brand activation. On the surface, it seems like simple Marketing 101: First, consider all of the unique needs common to every American consumer, and then add to the mix all the diverse desires and perspectives of the niche consumer, blend, analyze… and voilà—you’ve got the foundation for a successful brand launch.

But what if the unique needs and perspectives of the target consumer are completely unfamiliar to your team?

And when I say unfamiliar, I don’t mean something like no one on your team has ever driven a tractor and you’ve been tasked with rebranding John Deere. I mean so different from your team’s own collective life experience, that many concepts and ideas common in the target consumer’s culture have never even entered the conversations around your product’s R&D, much less its brand development. That’s the daunting challenge the typical U.S. market launch presents to foreign brands. A brand can strike every chord in the hearts and minds of one culture’s consumers while leaving consumers in a different culture unreached or, worse, totally unimpressed—regardless of their genuine need for the product.

But the key to the successful foreign brand launch comes down to something really simple: brand anthropology. While it sounds complex and science-y, it’s actually a really simple concept. At our agency, we even sort of have our own ‘brand’ of brand anthropology based on three primary ideas: (1) Despite cultural differences, people are people and, therefore, we have a shared core of common needs; (2) the greatness of a product is in its ability to meet one or more of those core needs; and (3) since people all over the world share those core needs on some level, a great product in one culture is destined to be a great product in ours—all we have to do is speak to those common needs in ways the American consumer can understand. So far, this approach has been working great.

In an interview recently, Jobe’s U.S. national sales manager, Patrick Carley, said he felt like Echo-Factory offered the most accurate insight into the brand’s industry. While that’s quite a compliment, our approach was simple—we just used brand anthropology.

First, we got to know the Jobe brand (sort of in the same way we’d get to know a new friend from a foreign country); in that process, we sought to learn which of those common human needs (the ones we talked about above) the Jobe brand was already meeting among its European loyalists. Then we just figured out the best approach to helping ‘our people’ understand all the ways the Jobe brand could meet those same needs for them.

Our efforts will culminate in a campaign that kicks off this summer with a custom-designed Stand Up Paddleboarding (SUP) contest and demo tour. The tour, named “SUP to the People,” launches with a “Summer Job of a Lifetime” contest online and through social media. The contest will identify two brand ambassadors who will pilot an RV filled with Jobe SUP equipment through Washington, Oregon, Idaho, Utah, Nevada and California this summer. During the tour, they’ll host demo events, work with local SUP clubs and charitable organizations, paddle some of the most beautiful waters in the country and share their experiences with fans on social media.

Echo-Factory’s Chief Creative Officer, Dea Goldsmith, said, “Jobe came to us for help executing a pretty straightforward brand activation. But through cultural analysis on both sides, we’ve helped them expand that into a multifaceted U.S. Jobe SUP launch that brings together a strong social media aspect, co-sponsored events, PR and much more.”

Mike Schaffer, Echo-Factory’s CEO, said, “We’ve been able to establish a niche as an agency who can help European brands succeed in the U.S. It started with Dainese and AGV, now we’re thrilled to be working with Jobe.”

(Above) Some of the Echo Team having a SUPremely good time on our Jobe SUPs. (Below) Some sample creative from our activation presentation to Jobe.

So what, exactly, are those common needs the Jobe brand is about to meet among American consumers? Well, we actually identified quite a few, but the most important one is the need we all share for fun and adventure! And we’re pretty sure the SUP to the People tour is about to communicate that very well.

Hey! Before you go… Are YOU interested in meeting that deep down human need for fun and adventure? Why not apply to become a Jobe Brand Ambassador this summer?

Jobe’s mission is to get more people on the water. The company makes stand up paddleboards, wakeboards, waterskis, wetsuits, life jackets and other watersports gear. Headquartered in the Netherlands with a global distribution network, Jobe makes innovative products that help people have fun on the water. Check out their website at http://www.jobesports.com.